Jejudo (also known as Jeju Island) is a volcanic island. With a surface area of 1,846 sqkm it is the largest island 130 km off the coast of the Korean Peninsula, and the main island of Jeju Province of South Korea. The island lies in the Korea Strait, southwest of South Jeolla Province. The island contains the natural World Heritage Site Jeju Volcanic Island and Lava Tubes. A central feature of Jeju is Hallasan, the tallest mountain in South Korea and a dormant volcano, which rises 1,950 m above sea level. 360 satellite volcanoes are around the main volcano.

The island was created entirely from volcanic eruptions approximately 2 million years ago, during the time period extending from the Tertiary to the beginning of the Quaternary period, and consists chiefly of basalt and lava. The eruptions took place in the Cenozoic era. It has a humid subtropical climate, warmer than that of the rest of Korea, with four distinct weather seasons. Winters are cool and dry while summers are hot, humid, and sometimes rainy. 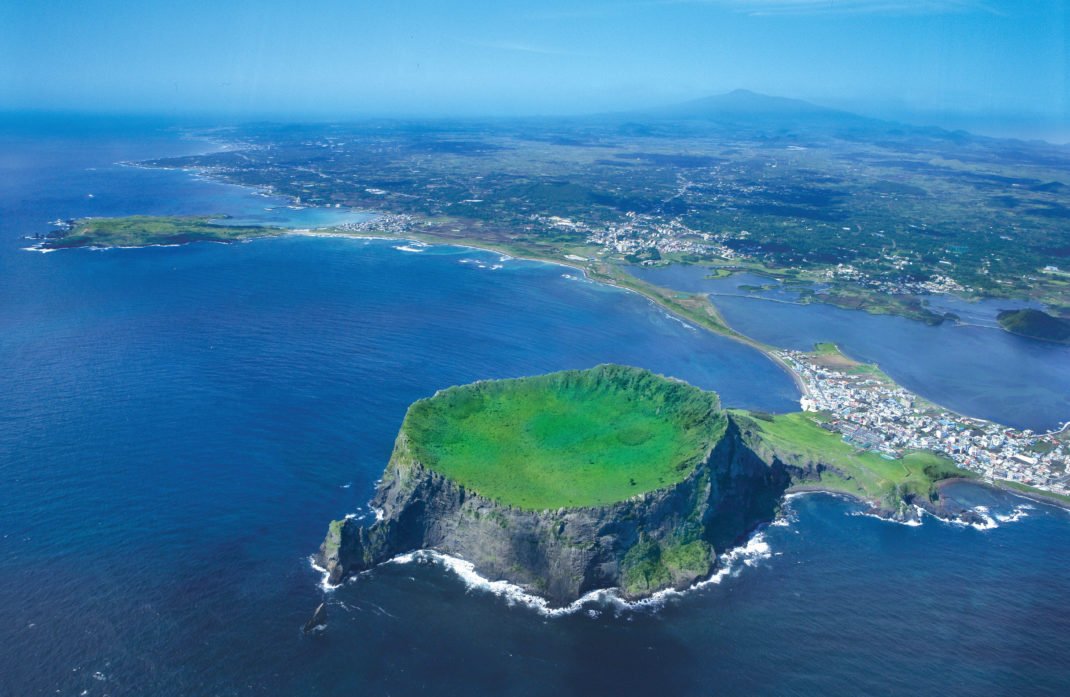 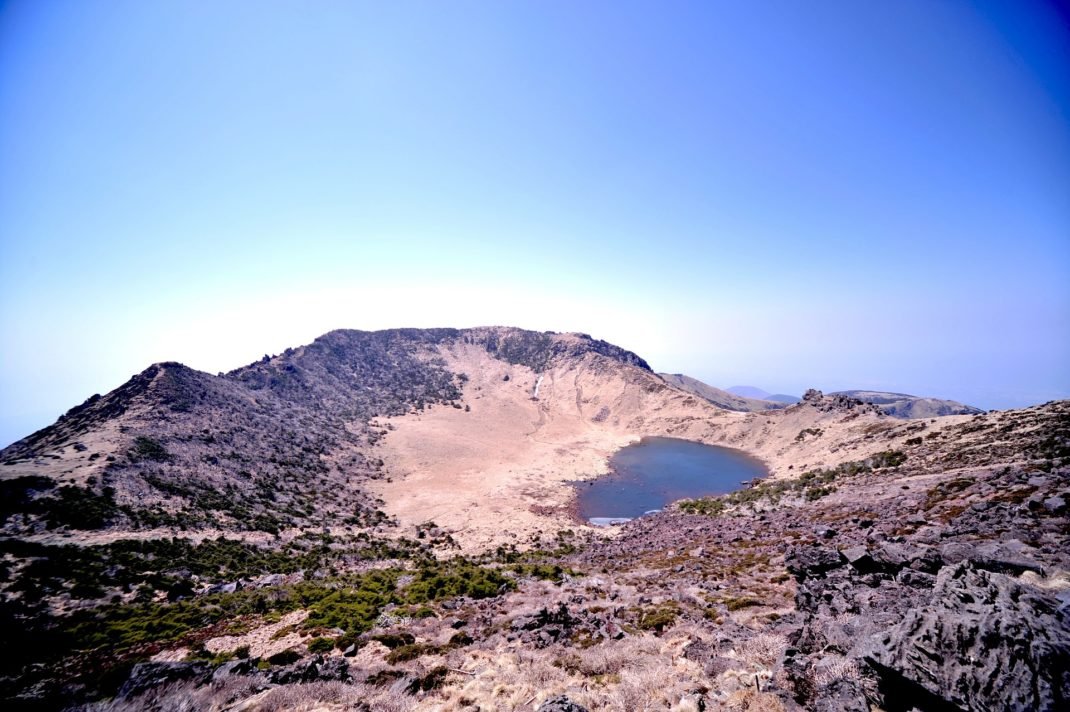