Table Mountain (Khoikhoi: Hoerikwaggo, Afrikaans: Tafelberg) is a flat-topped mountain forming a prominent landmark overlooking the city of Cape Town in South Africa, and is featured in the Flag of Cape Town and other local government insignia. It is a significant tourist attraction, with many visitors using the cableway or hiking to the top. The mountain forms part of the Table Mountain National Park.

The main feature of Table Mountain is the level plateau approximately 3 kilometres (2 mi) from side to side, edged by impressive cliffs. The plateau, flanked by Devil’s Peak to the east and by Lion’s Head to the west, forms a dramatic backdrop to Cape Town. This broad sweep of mountainous heights, together with Signal Hill, forms the natural amphitheatre of the City Bowl and Table Bay harbour. The highest point on Table Mountain is towards the eastern end of the plateau and is marked by Maclear’s Beacon, a stone cairn built in 1865 by Sir Thomas Maclear for trigonometrical survey. It is 1,086 metres (3,563 ft) above sea level, about 19 metres (62 ft) higher than the cable station at the western end of the plateau.

The cliffs of the main plateau are split by Platteklip Gorge (“Flat Stone Gorge”), which provides an easy and direct ascent to the summit and was the route taken by António de Saldanha on the first recorded ascent of the mountain in 1503.

The flat top of the mountain is often covered by orographic clouds, formed when a south-easterly wind is directed up the mountain’s slopes into colder air, where the moisture condenses to form the so-called “table cloth” of cloud. Legend attributes this phenomenon to a smoking contest between the Devil and a local pirate called Van Hunks. When the table cloth is seen, it symbolizes the contest.

Table Mountain is at the northern end of a sandstone mountain range that forms the spine of the Cape Peninsula. To the south of the main plateau is a lower part of the range called the Back Table. On the Atlantic coast of the peninsula, the range is known as the Twelve Apostles. The range continues southwards to Cape Point. 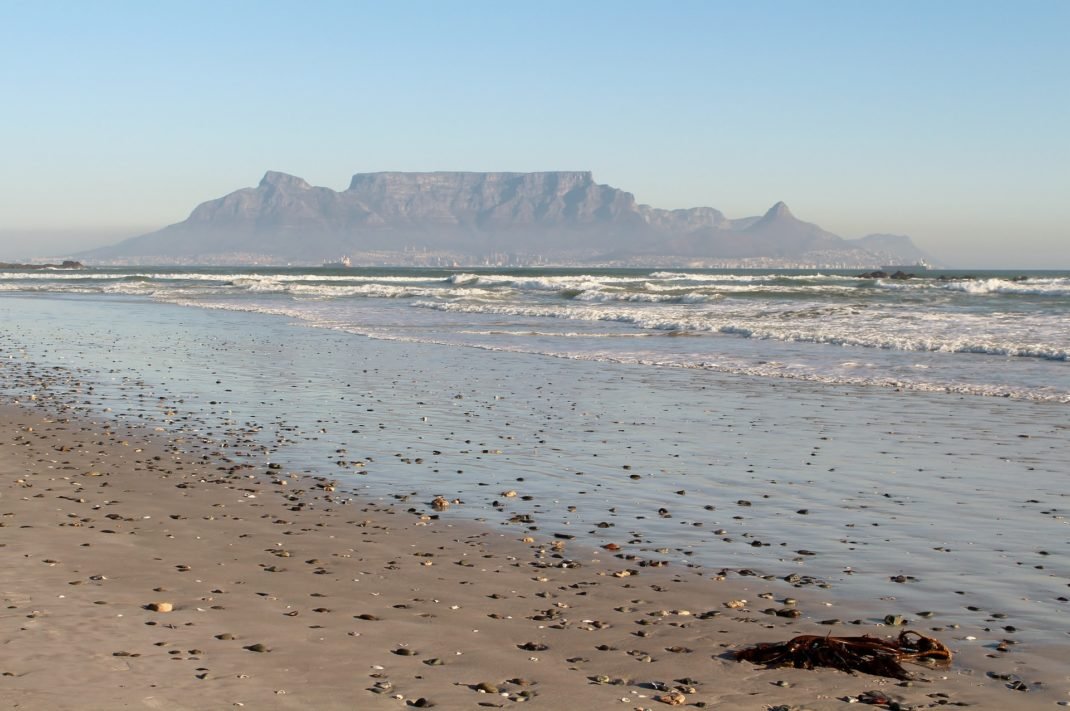 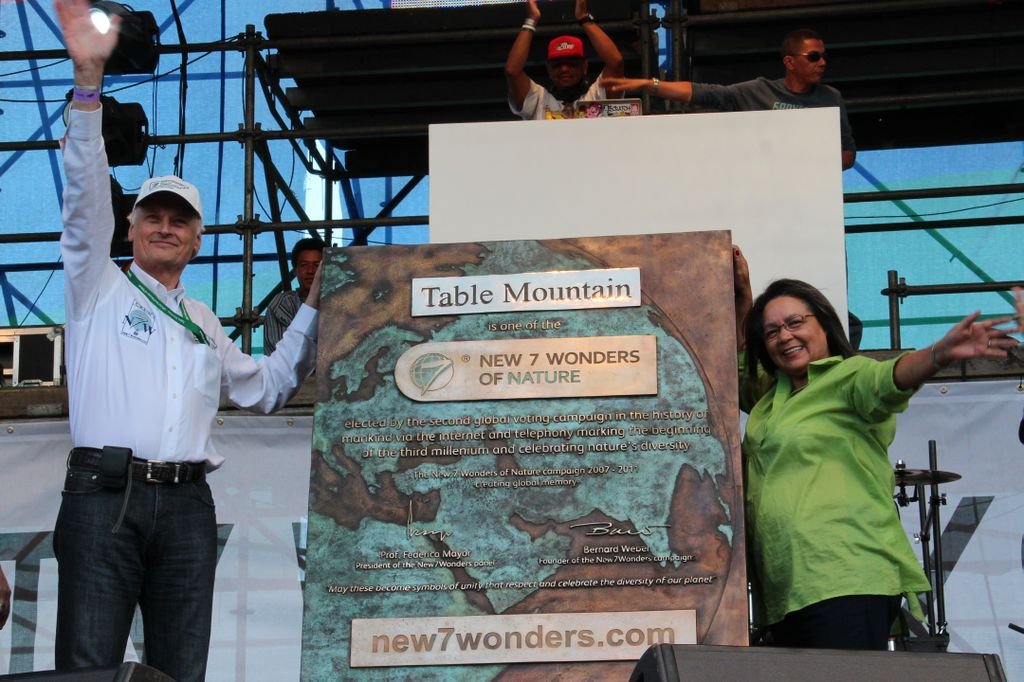 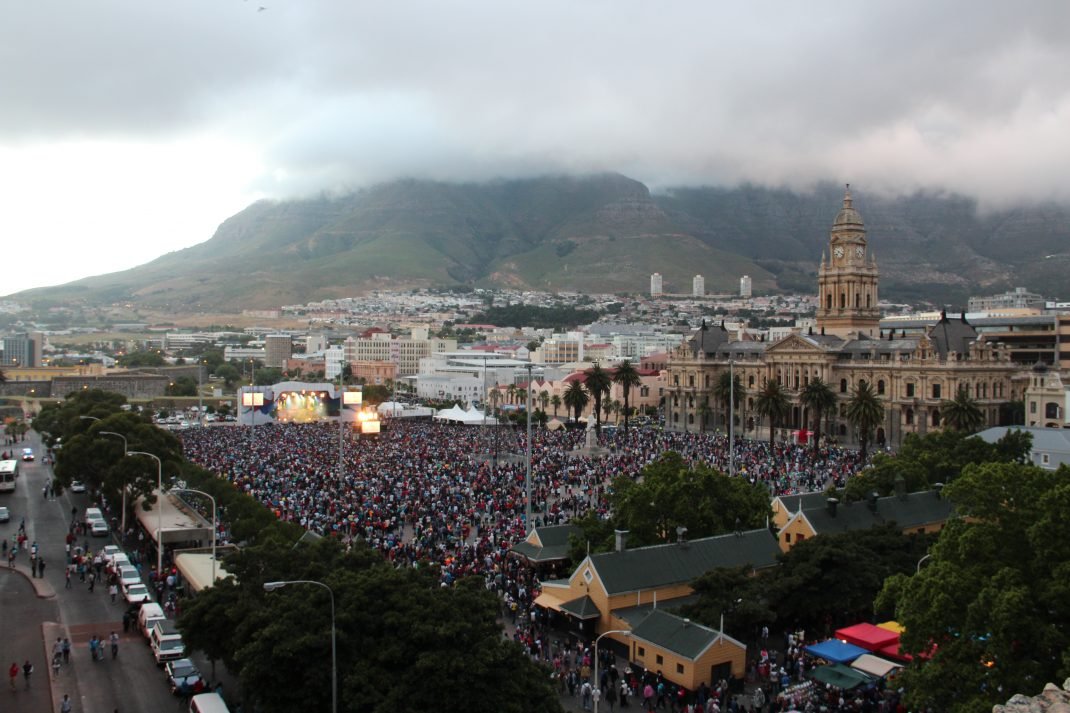 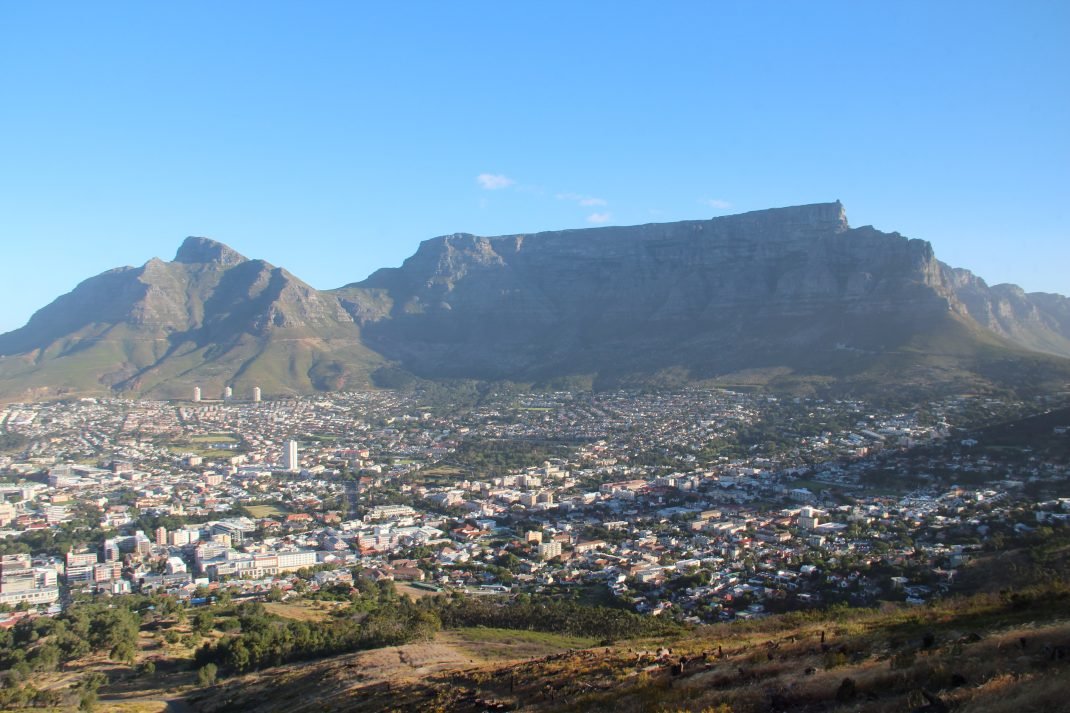 The New 7 Wonders of the World celebrate 15 years

The New 7 Wonders of the World celebrate their 15th anniversary on 7 July 2022, as this is the date when the Wonders were announced at the official declaration ceremony that took place in Lisbon, Portugal in 2007. On a historic night on an equally historic date, 7/7/7 – the 7th of July 2007 – … Continued

New7Wonders President and Founder, Bernard Weber, and Director, Jean-Paul de la Fuente, visited the N7W virtual reality laboratory in Düsseldorf, Germany, to see and experience the latest developments for The Global Memory project. Along with partners from Digital Architektur and MIREVI University of Applied Sciences Düsseldorf, in-depth testing and briefings took place as the virtual … Continued

During the courtesy visit of New7Wonders Director, Jean-Paul de la Fuente, to ASEAN headquarters in Jakarta, Indonesia, New7Wonders and ASEAN met to explore areas of common interest. The visit included a tour of the historic records and cultural artefacts in the official exhibition representing all the 10 member nations of ASEAN. The visit was graciously … Continued

Indonesia and New7Wonders have a historic relationship over more than 12 years. This was reactivated during a series of meetings in Jakarta with leading representatives of the Indonesian travel industry. The New7Wonders Director Jean-Paul de la Fuente met with the Indonesian chapter of the Pacific Asian Tourism Association (PATA), specifically its President CEO Bapak Purnomo … Continued

Computer reconstruction of the Bamiyan Buddha

When political or religious ideologies drive people to direct their aggression towards heritage sites, structures of global importance can be wiped off the face of the earth. By using computer reconstruction to record the details that make these places unique, blueprints can be created to facilitate the potential rebuilding of these sites, should they ever … Continued