Masuria (Polish:  Mazury , German: Masuren) is a region in northern Poland famous for its 2,000 lakes. It was once the part of East Prussia which was inhabited by Polish-speaking, Lutheran Masurians. Masuria occupies much of the Masurian Lake District (Polish: Pojezierze Mazurskie). Administratively, it belongs to Warmian-Masurian Voivodeship (Polish: województwo warmińsko-mazurskie). Its biggest city is Ełk, often regarded as its capital. It has territory of about 10,000 km2 and population of 500,000.

Masuria and the Masurian Lake District are known in Polish as Kraina Tysiąca Jezior and in German as Land der Tausend Seen, meaning “land of a thousand lakes.” These lakes were ground out of the land by glaciers during the Pleistocene ice age around 14,000 – 15,000 years ago, when ice covered northeastern Europe. By 10,000 BC this ice started to melt. Great geological changes took place and even in the last 500 years the maps showing the lagoons and peninsulas on the Baltic Sea have greatly altered in appearance. More than in other parts of northern Poland, such as from Pomerania (from the River Oder to the River Vistula), this continuous stretch of lakes is popular among tourists. The terrain is rather hilly, with connecting lakes, rivers and streams. Forests account for about 30% of the area. The northern part of Masuria is covered mostly by the broadleaved forest, while the southern part is dominated by pine and mixed forests. 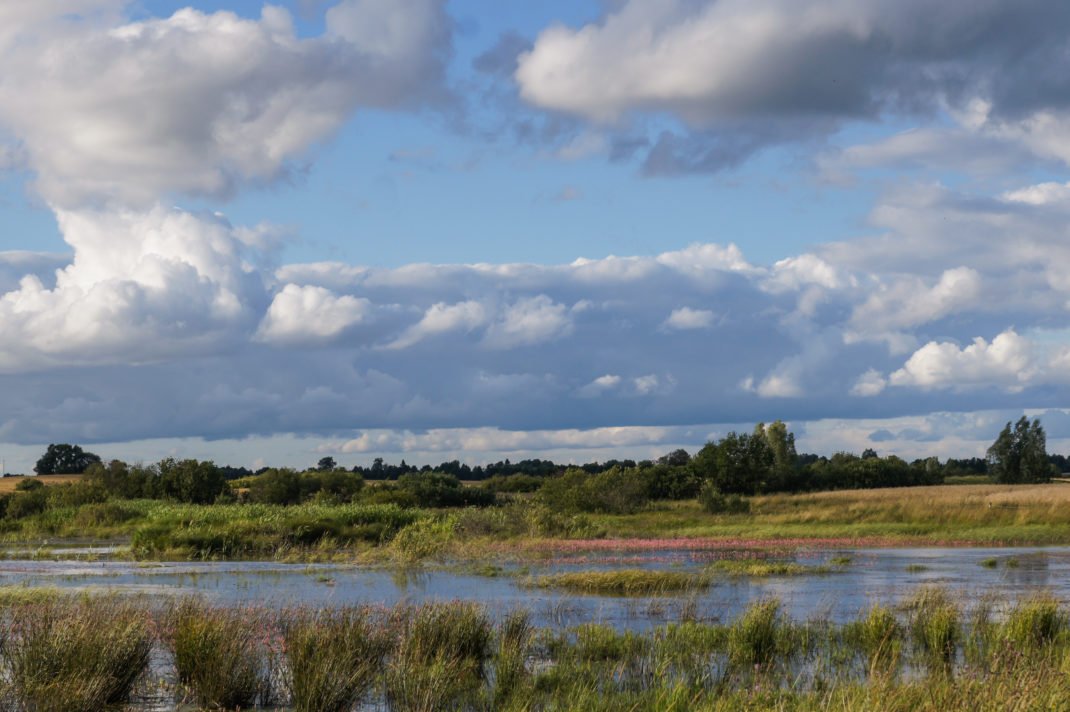